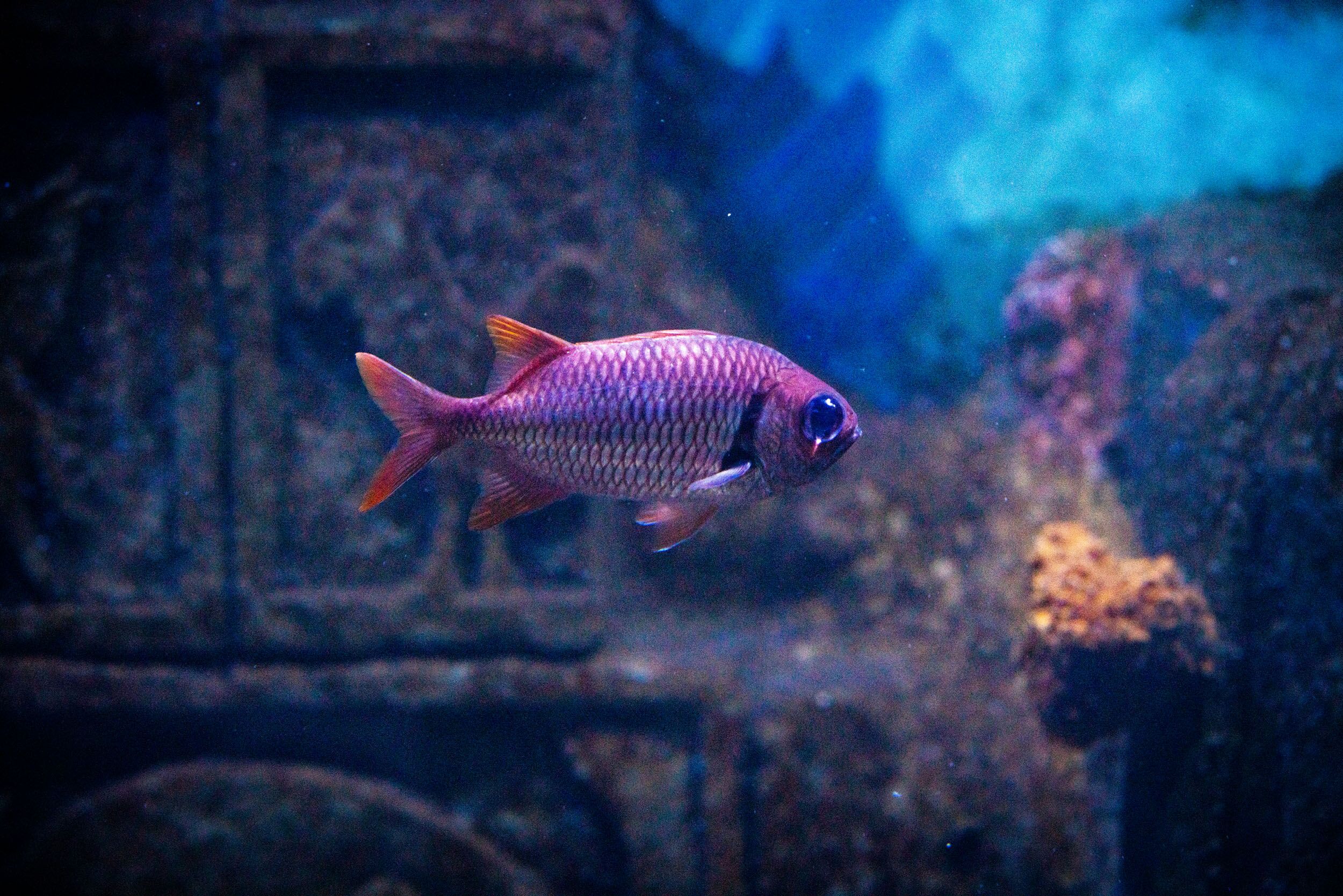 These big eyes are all the better to SEA you with!

The Big Eyed Soldierfish, Myripristis jacobus, also known as the Popeye Catalufa Soldier fish, features a vivid red coloured body with thin white outline on its finnage. With large, dark eyes, the Big Eye Soldierfish is capable of increased light reception to see in the dark and claims its eyes as its most characteristic feature. They are native to the Western Atlantic, being found near New York to the northern Gulf of Mexico and the Antilles, and near Brazil.

Soldierfish are nocturnal hunters feeding in the water column on zooplankton. During the day they often congregate close to reefs and in caves, sometimes found upside down in caves.
They can often be heard by divers with their pops, grunts and clicks which they perform when stressed and have been seen to change colour under stressful conditions.

Atlantic Ocean and Gulf of Mexico

The Black Banded Leporinus is also capable of jumping to great heights. So if the Amazon tank starts to feel crowded they can jump up for some space.