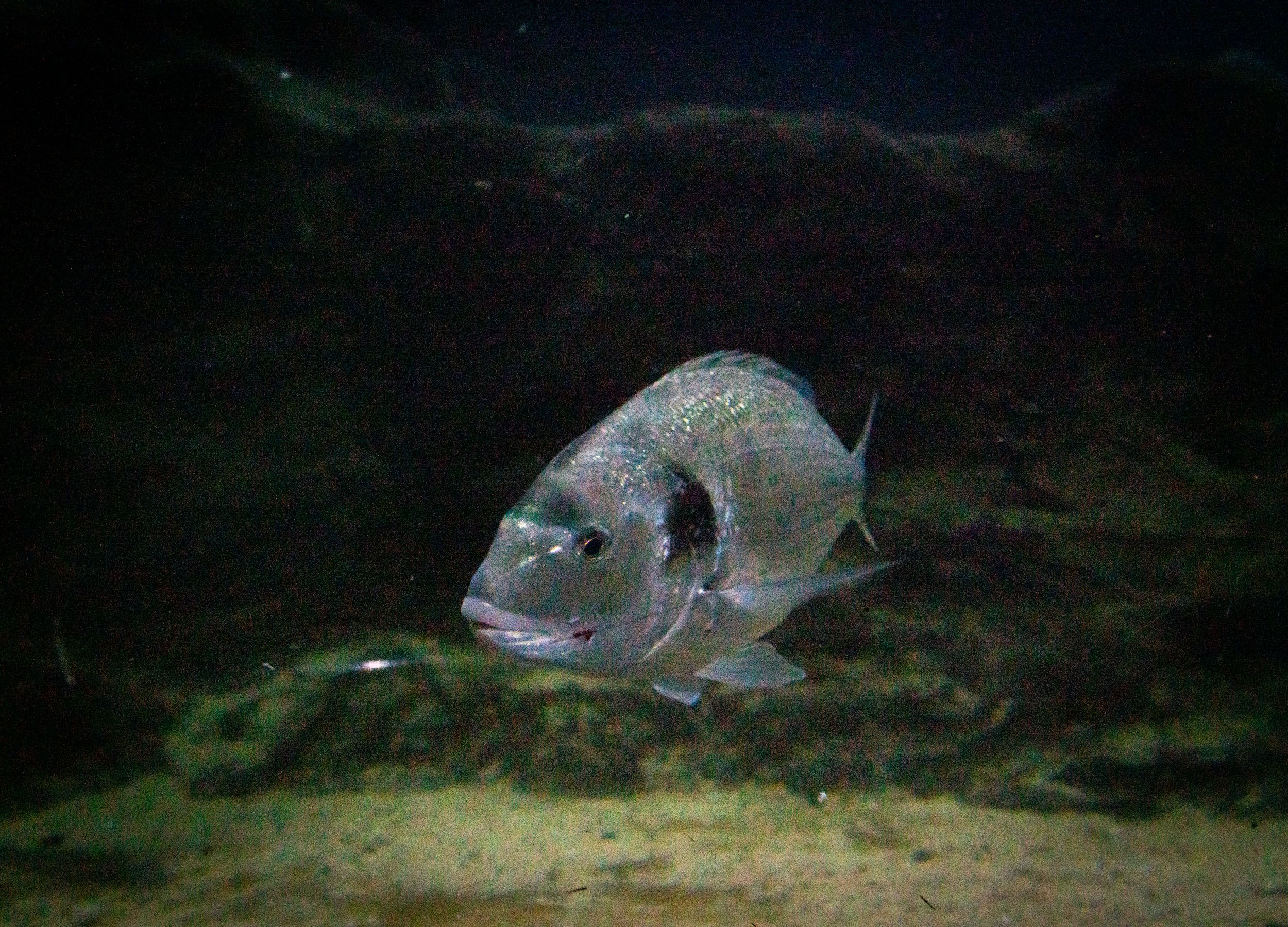 Any chefs that visit us need to be kept away from our Gilt-Head Sea Bream.

Gilt-head Sea Bream are found mainly in the Mediterranean and is a rare fish in UK waters, with only the south and south-west producing this species in any numbers, although warming seas mean that it may be expanding its distribution around the UK. Fully grown bream may live in depths down to around one hundred metres or so the vast majority live and feed in shallower inshore waters. It is primarily a demersal (bottom feeding) fish the gilt-head bream feeds on crustaceans, prawns and shellfish, although they are herbivorous and can feed on seaweed and other forms of marine vegetation.

The Gilt-head Bream has a slightly more elongated body than most other bream species and is usually a bluish green in colour. It has the long spined dorsal fin which is typical of bream species and a large black mark on the gill cover. The tail is black. I can be difficult to identify them in the main tank however they are taller and flatter than the bass and the Pollock..

Due to the popularity of this fish from restaurants and supermarkets it is important to keep the population high and be cautious of overfishing. The gilthead seabream, like the European seabass and the turbot, has been the object of intensive farming as early as the seventies. The rearing of seabream larvae is more complex than that of the bass due to the very small size of the larvae at hatching.

Groups of Golden Mantellas are called armies. Unlike most armies there are only one male to every two females.