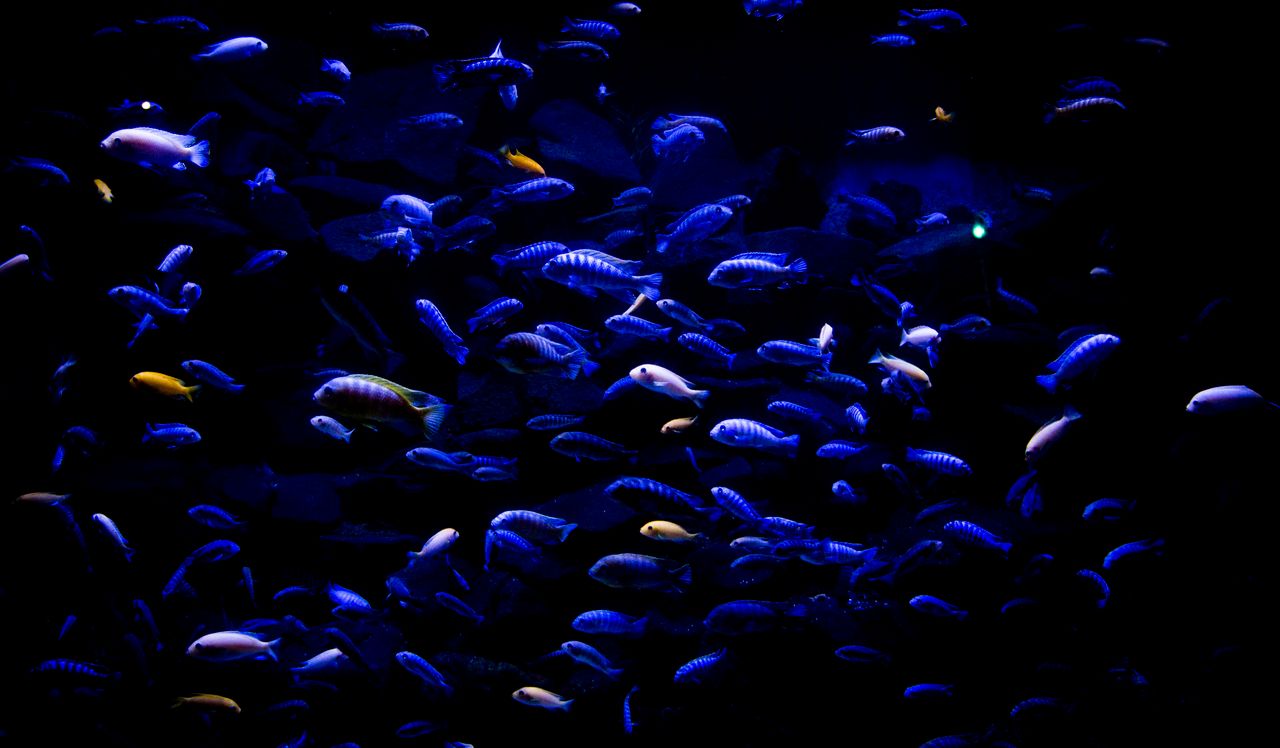 Discover the most colourful lake on Earth!

The 9th largest lake in the world and the 5th largest by volume it is also the 3rd largest on the African continent. It is home to more species of fish than any other lake, including the 1000 species of cichlids it is famed for. Speaking of the lakes volume, there is a mind boggling amount of water in there, there is seven quadrillion, seven hundred & seventy five trillion litres of water, to put that into perspective, you could fit our massive shark display one billion nine hundred & forty three million seven hundred & fifty thousand times in lake Malawi.

The first European to visit the lake was a Portuguese trader named Candido Cardoso in 1846, the famed explorer David Livingstone reached the lake in 1859 and named it lake Nyasa. The areas including and surrounding lake Malawi are famed for their abundant wildlife, apart from the obvious fishy inhabitants, the waters are home to Nile crocodiles, hippo and a significant population of African fish eagles naturally this massive body of water provides an essential drinking source for huge numbers of Africa’s wildlife, numerous primate species, lions and elephants all rely on this lake to keep hydrated.

Lake Malawi has been a major food source and has been for its shoreline human residents for thousands of years, its waters are incredibly rich but its wild fish population is constantly and increasingly threatened by overfishing and water pollution. When it comes to wildlife and fish in particular Malawi is famed for its cichlid species, roughly 1000 separate species of cichlid live in Malawi and the vast majority of these species are endemic to the lake, meaning they are found nowhere else on earth.

These very species fish went through a process known as evolutionary radiation, in essence the mans an increase in species diversity due to having to adapt to a new situation or need to adapt behaviours to suit the new found environment. From only a handful or maybe even one pair of fish the entire 1000 malawi cichlid species evolved.

To try and combat the threats of over fishing and pollution many areas of the lake and its surroundings have been set up as conservation areas, the Mozambique government allocated the entirety of its portion of the lake as an official reserve in 2011.