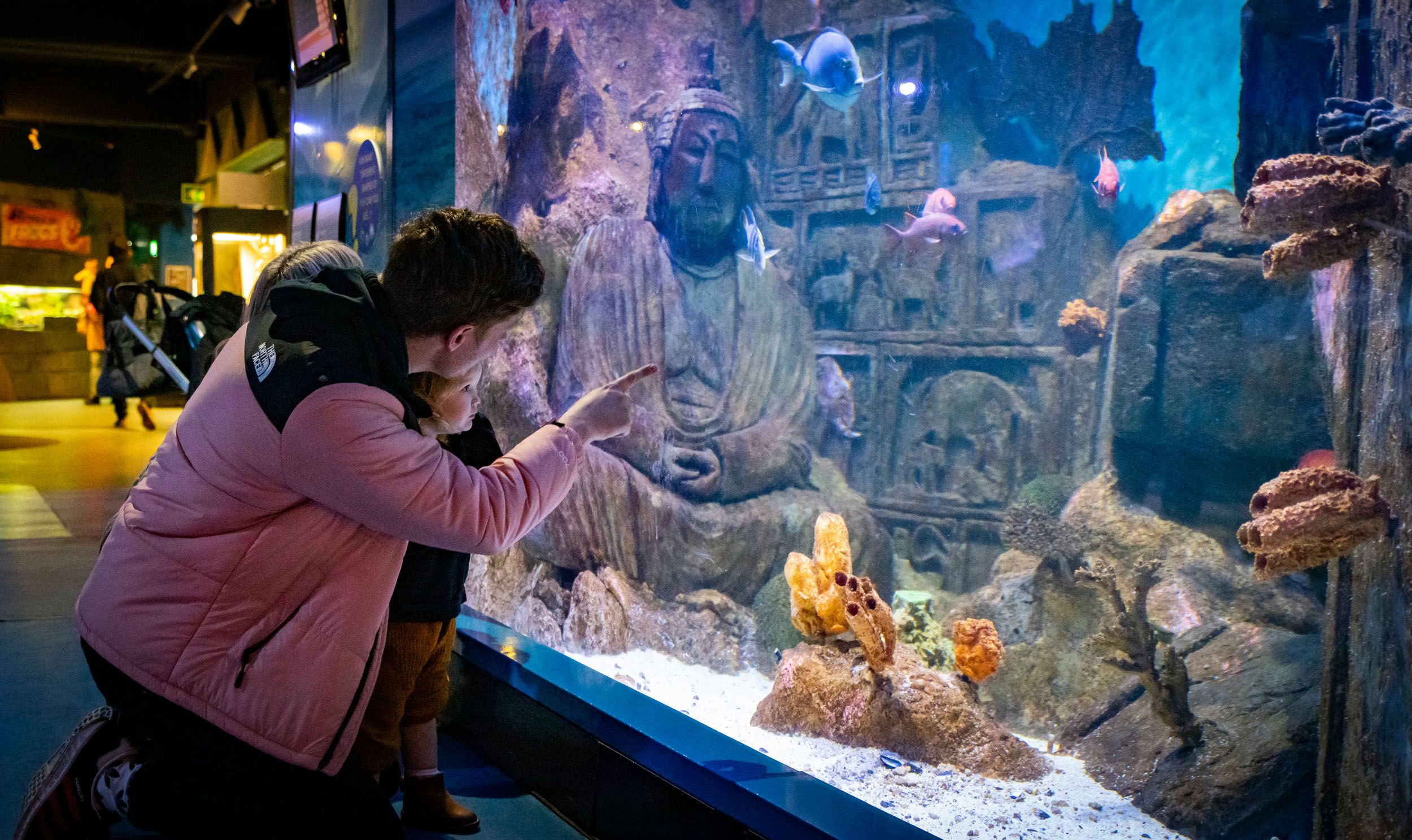 Find some of the most beautiful and colourful fish of the world in our tropical tanks. From vibrant corals to the sunken remains of Krakatoa our displays span across the whole Equator.

Tropical oceans encircle Earth in an equatorial band between the Tropic of Cancer (23.5° North latitude) and the Tropic of Capricorn (23.5° South latitude). * The central portions of the Pacific and Atlantic Oceans and most of the Indian Ocean lie in the tropics.

One of the key features that make up these tropical environments are coral reefs. Coral reefs provide an important ecosystem for marine life, offering food and shelter among their crevices and branches for animals including fishes, molluscs, sea urchins and sponges. These reefs thrive in warm and clear water and rely heavily on the sun to grow. Many Fish use corals as a home as they can remain hidden from larger predators that patrol the tropical seas like hammerhead sharks.

Global warming is causing the water temperature to rise which has a dangerous effect on corals as they expel the algae (zooxanthellae) living in their tissues causing the coral to turn completely white. This is known as coral bleaching and although they may not die from this it can make it really difficult for coral to grow and reproduce.

The main tank within the tropics is Krakatoa base on the famous Mount Krakatoa in Indonesia which erupted to a devastating effect on August 27th 1883. The sound of it erupting was heard in Bangkok, 3000 miles away and the tsunami (or giant waves) it created were 45 metres high and travelled at 700mph. At Deep Sea World you will see a recreation of the remnants of these villages devastated by Krakatoa and the exotic creatures that now live among their ruins. This holds many artefacts of Indonesian culture that to this day will still be in the ocean.